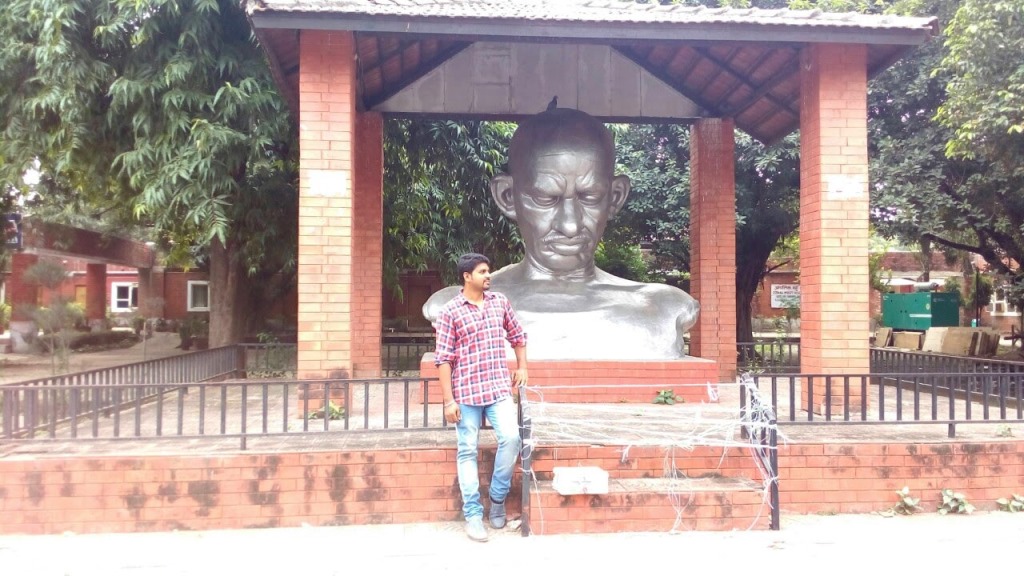 Despite being a part of Tirhut, the culture of Champaran differs slightly from the Bajajika speaking regions due to its distinct language and geographical distinctiveness. Bhojpuri is spoken in all parts of the district but Hindi and Urdu are the medium of instruction. There are also English medium schools in the cities. Though Bhojpuri culture is established here, people lack pride for their language. People are reluctant to make Bhojpuri an internationally spoken medium of education, including crores of people from several districts of Uttar Pradesh and Bihar. Bhojpuri music is an integral part of the concert on weddings or other manglic occasions. Once known for indigo cultivation, the district is now famous for good quality rice and jaggery. The unfamiliar is also welcomed with jaggery and water.
People here celebrate Chhath Puja with great reverence. Apart from this, Holi, Diwali, Durga Puja, Mahashivratri, Rakshabandhan, Guru-Poornima, Satuani, Chakchanda etc. are the major festivals of Hindus. Muslims celebrate Eid, Bakrid or Muharram. Although harmony is common in both communities, people are victims of racial discrimination. Marriage is decided by parents at the same economic and social level as their caste. 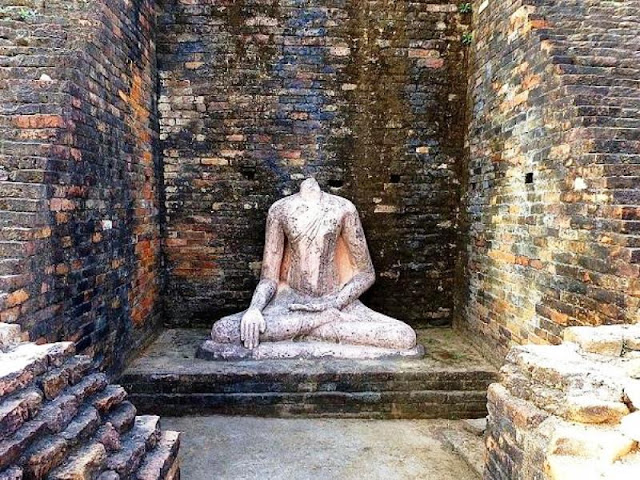 The ancient historical site Kesariya is located near Lal Chhapra Chowk on Sahebganj-Chakia road, 35 km from Motihari. There is a big Buddhist stupa here which is known as Saffron Stupa. After excavations by the Indian Department of Archeology in 1998, the place has grown in tourism and historical importance. According to archaeologists, this Buddhist stupa is the highest stupa in the world. The place is 120 kilometers from the capital Patna and 30 miles from Vaishali. Originally 150 feet high, the height of this stupa was 123 feet before the terrible earthquake in 1934. According to Indian archaeologists, the Borbudur Stupa of Java is currently 103 feet high while the height of this stupa at Saffron is 104 feet. Sanchi Stupa, which is included in the World Heritage, has a height of 77.50 feet. Considering its historical importance, the Bihar government is planning to develop it as a historical tourist destination with the help of the Center. The importance of saffron is increasing in Bihar tourism. 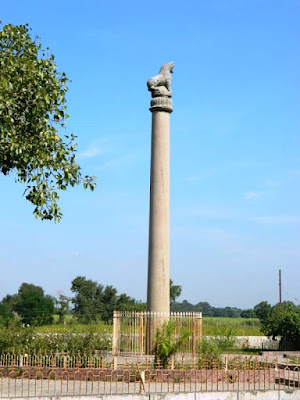 Ashoka Pillar located in village Lauria of Areraj subdivision has a height of 36.5 feet. This pillar (built of sandstone) was built by Emperor Ashoka in 249 BC. Priyadarshi Ashoka is written on it. It has a base diameter of 41.8 inches and a peak diameter of 37.6 inches. This pillar is also known as 'Stambha Dharmalekh'. Emperor Ashoka has written about his 6 orders in it. The column (above ground) weighs about 34 tons. It is estimated that the total weight of this pillar is 40 tons. It is said that there was a statue of the animal on top of this pillar which has been sent to Kolkata Museum. The order written on this column is in 18 lines. There is a discussion about the construction of 30 Ashoka pillars by Emperor Ashoka across the country. In this, the Ashoka Pillar of Lauria in West Champaran district of Bihar is prominent. Sitting on top of this stone pillar is the shape of a lion. Which is a symbol of valor and pride during the reign of Emperor Ashoka. It is as if the lion sitting on the height is challenging the enemies that no one looks at our empire with a bad eye. The pillar of Lauria was built during the 27-year rule of Emperor Ashoka. The pillar of Rampurwa is built a year ago. (Nand Maurya Yugin Bharat, K. A. Neelkanth Shastri, p. 410) On the pillar the emperor has given a message to the public. The story of Parinirvana of Lord Buddha and the mandate is inscribed on the Ashoka Pillar in Brahmi or Kharoshthi script. The pillar has an artistic strip under the lion. In this band, pairs of swans appear to be bending over.

The pillar of Lauria Nandangarh is more secure and intact than the rest. Chunar stones have been used in the construction of all Mauryan pillars. Above it is a glazed glass of glass, which appears to be shining even after 2000 years. This polish probably looks like silica or varnish. By the use of a single stone, it seems that Chunar should have had a large craft center which was preserved by Emperor Ashoka. The later columns have increased artistic maturity as compared to the pillars of the beginning. Rhythm is seen in the columns and the shapes of the animals. The pillar has designs of rope, granule and pulley. A lotus bath has been built under the lion. It has attractive petals. 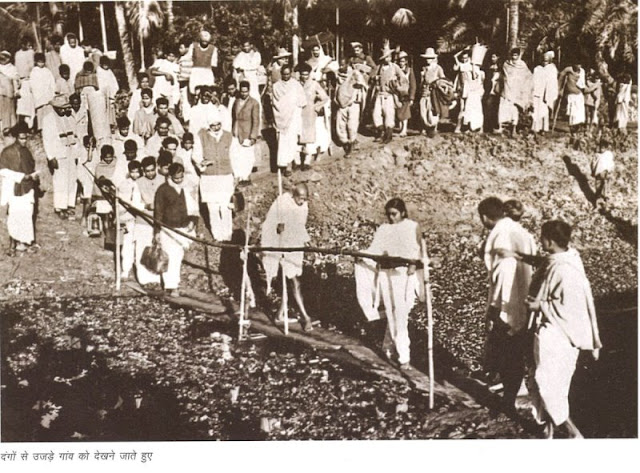 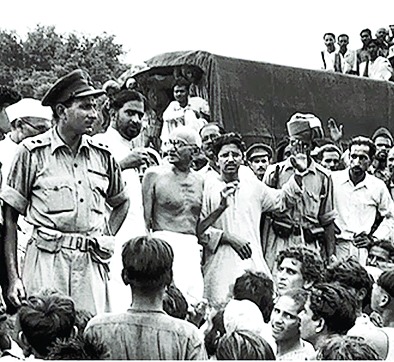 The foundation stone of the Gandhi Memorial Pillar, a symbol of Champaran's pride, on 10 June 1972, the then Governor D.K. was done by Baruch. On 18 April 1978, a senior Gandhian poet dedicated this column to the nation. This pillar was built by Nand Lal Bose, the famous artist of Shanti Niketan, in memory of the Champaran Satyagraha of Mahatma Gandhi. The pillar is 48 feet in length and is made of Chunar stone. The memorial has been constructed at the exact spot where Gandhiji was produced in the sub-divisional officer's court on 18 April 1917 for violation of section 144.

Agriculture and Industry
Agriculture: rice, pulses crops, sugarcane, jute
Industry:
Sugar Mill - Motihari and Sugauli
Mehsi Button Industries
Located 48 km east of the city, it has become famous not only in India but globally for the Mehsi craft-button industry. The credit for starting this industry goes to Bhuvan Lal, a local resident here. Over time, the button manufacturing process took the form of an industry and around 160 button factories were operating in 13 panchayats of Mehsi block at that time. But currently this industry is not in a better position due to lack of cooperation from the government.

Roadways
National Highways 28 and 28A in East Champaran district and 98 long State Highways number 54 important roads in the district. The distance from the district headquarters Motihari to the capital Patna is about 150 kilometers, where it takes 3-4 hours to reach by bus. Motihari is connected to other cities of Bihar by road. Muzaffarpur, the second major city of North Bihar and the headquarters of the Tirhut department, is 40 km from Motihari. Bus can also be taken from here to travel to different regions of Bihar.

Motihari falls in the Eastern Railway zone of the Indian Railways. The main rail route passing through East Champaran is part of the Gorakhpur-Muzaffarpur railway line. There is another rail link connecting Sitamarhi to Narkatiaganj, another new railway line is proposed to be developed for Hajipur, Vaishali which will promote the important Buddha railway circuit for tourism. There is no direct train service from here to the capital Patna, but there are regular trains to other parts of the country.

Motihari's nearest airport is 189 km from the district headquarters, Patna. Nepal Airport is located 60 km from Motihari and only 20 km from the border adjacent Raxaul in Sembasa from where Kathmandu is easily accessible. 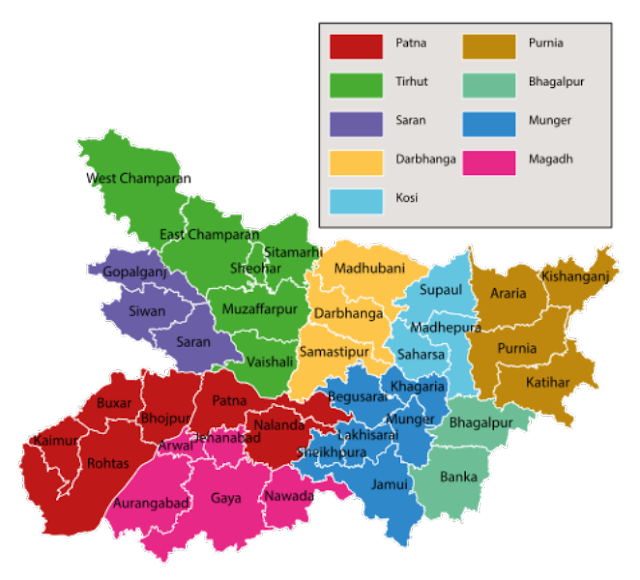 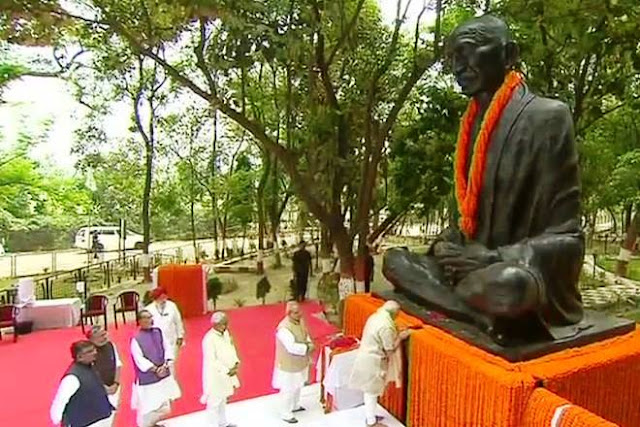