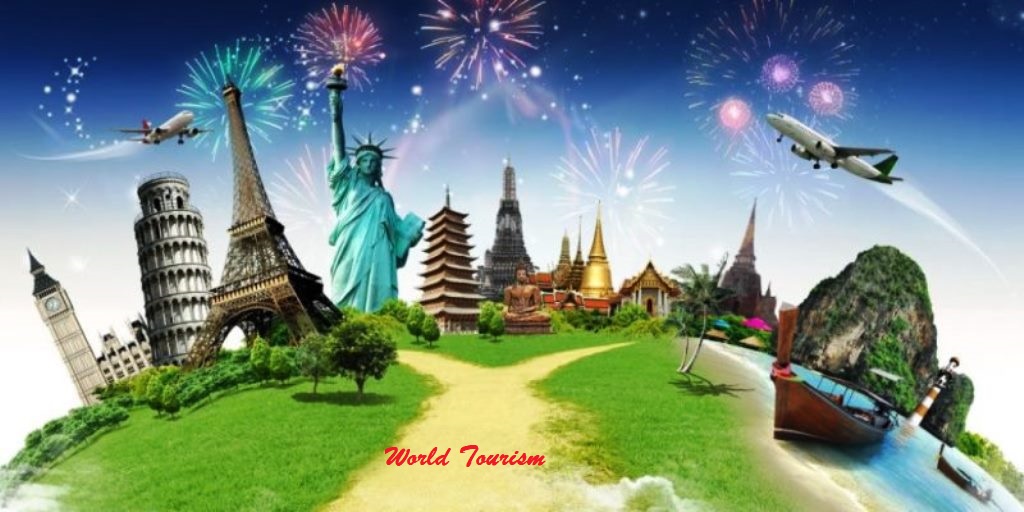 The Indian tourism and hospitality industry has emerged as one of the major drivers of growth among the services sector in India. India is a country with significant potential for tourism considering its rich cultural and historical heritage, diversity in ecology, localism and natural beauty spread across the country. In 2019, FEEs stood at US $ 29.96 billion, registering an increase of 4.8 percent year-on-year and reaching US $ 5.40 billion during January-February 2020.
According to WTTC, India ranks third among 185 countries in terms of total contribution of travel and tourism in GDP in 2018. India was ranked 34 in the Travel and Tourism Competitiveness Report 2019 published by the World Economic Forum.

Corona Infection Is Steadily Increasing
The number of infected people has increased to 31.48 lakh in the world. The corona virus has killed more than 2.18 lakh people in the world so far. It is also a matter of relief that till now, 9.62 lakh people have been cured of this epidemic named Corona.
Corona is wreaking havoc in America. The number of people who died here has crossed 59,266. The number of people dying in Italy, France, Spain and Germany is also increasing continuously. Protest for lockdown has started in France after USA and Brazil. Riots erupted in France's capital Paris to protest the lockdown. Covid-19 Effect On World Tourism. Let us now tell you the number of people infected and killed by corona in major countries?
It is often difficult to define the tourism industry, which, unlike other industries, is not an obvious product. It includes many industries, including lodging, transport, attractions, travel companies, and more. Tourism is defined in its broadest sense when people stay out of their normal environment for less than a year for leisure, business, health or other reasons. Globally, travel and tourism directly contributed US $ 2.9 trillion in GDP in 2019. In the same year, the travel and tourism industry of the United States contributed the most to global GDP, totalling US $ 580.7 billion. Meanwhile, the city of Macau and the Special Administrative Region generated the highest share of GDP through direct travel and tourism of any economy worldwide.
Tourism is entering a major crisis in the still unknown due to the worldwide panic, duration and scope of the corona virus, leading to a stock market crash that continued for a week for all veterans in the region. The impact of the Kovid-19 corona virus on world tourism is indisputable, and authorities' forecasts are based on previous experiences with similar crises such as SARS or H1N1.

China's tourism industry will be the most affected by the virus as tourism represents 11% of its GDP in recent years, growing at a steady rate of 7%. Through a joint statement by the World Tourism Organization (UNWTO) and the World Health Organization (WHO), the tourism sector has asked that their response to the spread of the corona virus should be "measured, consistent and proportionate" to public health. Now, even in going to the tourist place, all people have to take responsibility for their own health and safety. The World Travel and Tourism Council (WTTC) said that closing borders, stopping travel in normal and more extreme government policies would not prevent the spread of the corona virus.
Hotels, airlines, and cruise operators are some of the toughest resultant travel industries, spreading primarily during Lunar New Year, one of Asia's busiest travel seasons.

Global Impact
The corona virus's impact on companies is already global with cancellations, public events, temporary employment adjustments and declining incomes. One of the most extreme cases in Spain is the Zurich insurer, which has cancelled all trips to its 2,000 employees both inside and outside Spain and forced a return trip.
The International Air Transport Association (IATA) estimates that global air transport revenue will decline by 5% this year, meaning $ 29.3 billion less (about 27,000 million euros), while OPEC reduced global demand for oil by 19% has been reduced to 100.7 million barrels per day. The tourism industry is now unchanged in a sector with corona virus already reporting significant losses worldwide, with the stock market also seeing a decline with all major airlines, operators and hotels, such as American, Has influenced Europeans and Asians.

In addition, US officials gave a major blow to world tourism, as the administration headed by Donald Trump appealed to companies and public canters to avoid travel and large meetings, before being alarmed by the Corona virus. These measures will no doubt have a major impact on people's travel arrangements for one of America's most popular vacation destinations in Las Vegas, as officials will now try to limit people's face-to-face interaction, which is a There should be a positive knock. The ability of online casinos and online betting sites around the world to capitalize on their shortcomings in the coming week’s effect.

"There is a heartfelt appeal to all people to roam around the world, do whatever you want, but be safe, always follow social distancing, keep cleanliness around you, love people, and love your loved ones." Covid-19 Effect On World Tourism.