Qutub Minar The Tallest Tower In The World


Qutub Minar The Tallest Tower In The World 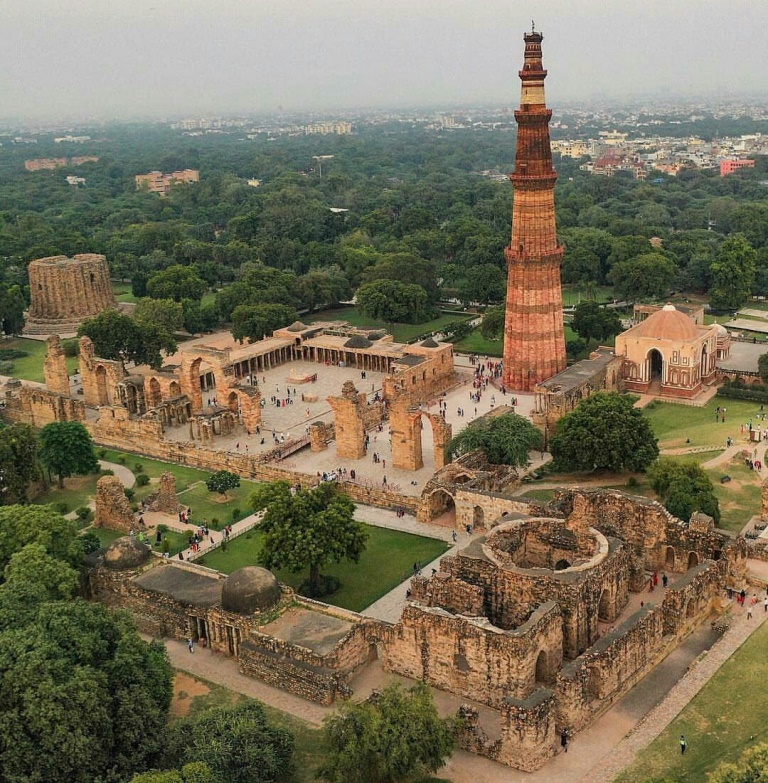 Information About Qutub Minar
Where it is located: Mehrauli

What is the height of Qutub Minar? 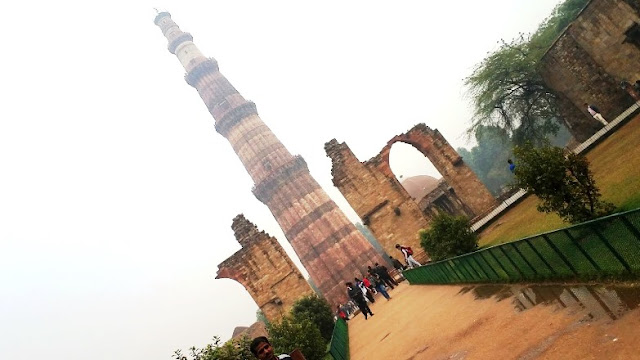 Qutub Minar is made of ruddy red stone and shiny marble. Qutub Minar has a height of 72.5 meters and a diameter of 14.32 meters. There are a total of 379 stairs inside the tower, which are circularly constructed. 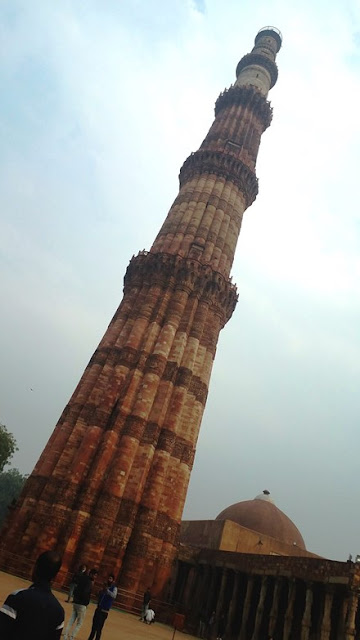 Qutub Minar How Many Storey Buildings Are There 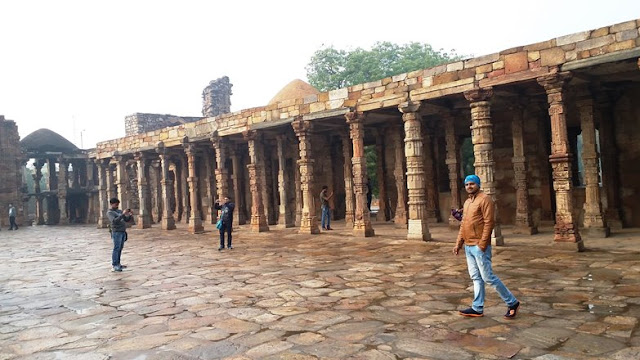 Qutub Minar, 73-meter high tower, was built by Qutub-ud-din Aibak in 1193, which was immediately after the defeat of Delhi, the last Hindu state of that time. The building has five separate floors, each of which has a diameter of 15 meters based on the projecting balcony and just 2.5 meters at the top. 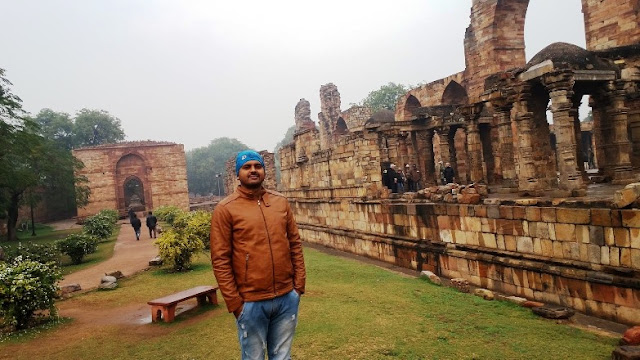 Qutub Minar is named after Qutub-ud-din Aibak, since the Sultanate of Delhi, he started construction in 1199 AD. Qutub-ud-din was the founder of the Delhi Sultanate of that time. Later, succession and grandson Iltumish built and built three minarets in it.
The name of the person who built the Qutub Minar was Bakhtiar Kaki, who was a Sufi saint. It is said that the map of Turkey was made before coming to India. But the strangest thing is that till now no documents have been found about the Qutub Minar in the history of India. This tower is said to have been constructed after taking inspiration from the Rajput Tower.
Excerpts about its history have been seen on the Qutub Minar in Parsi-Arabic and Nagari languages. But all the information about the history of Qutub Minar is obtained from Firoz Shah Tughlaq (1351–89) and Sikander Lodi (1489–1517). 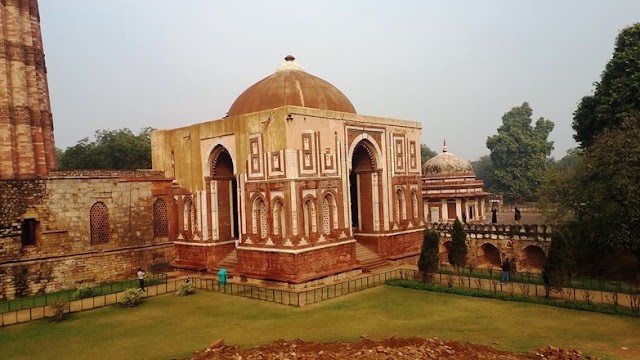 Let us tell you that the Kuwat-ul-Islam Mosque is also situated to the north of Qutub Minar. Qawwat-ul-Islam Mosque was also built in 1192 by Qutb-ud-din Aibak. This mosque is also called a very old mosque of the Indian subcontinent. After the construction of this mosque, Iltumish (1210–35) and Ala-ud-din Khilji developed this mosque again.
When 1368 AD. When the upper part of the Qutub Minar was torn down due to lightning, it was later built by Feroz Shah. With its reconstruction, Feroz Shah constructed two more storeys with white marble. But after this, a major earthquake in 1505 caused extensive damage to the Qutub Minar and all damage in the earthquake was repaired by Alexander Lodi.
But this process did not stop even after this, on 1 August 1903, a major earthquake occurred and once again Qutub Minar suffered major damage. But it was repaired in 1928 by Major Robert Smith of the British Indian Army, he also built a dome over the Qutub Minar, but the dome was later removed by General Harding of the Government of Pakistan and it was built before the Qutub Minar.

The Most Interesting Things Of Qutub Minar 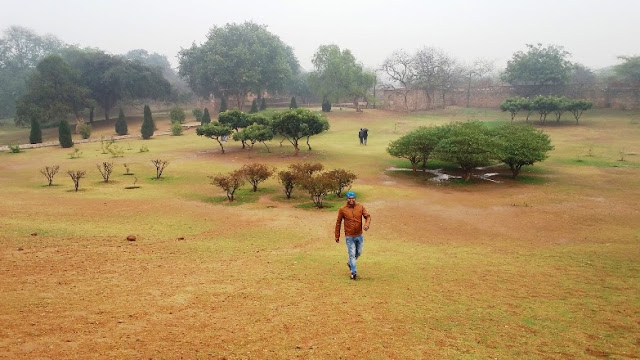 The most important thing about Qutub Minar is that there is an iron pillar in its premises here which has been around 2000 years but it has not rusted yet. It is a matter of great surprise that the iron pillar is not rusted for so many years.
Please tell that the Qutub Minar is the largest building in India but it is not at all straight, it is a little bent. The biggest reason for this is that the repair work of this building has been done many times.
Qutub Minar is the tallest building in the world, as well as the tallest building in the world made of red ruddy bricks.
There are 379 circular steps inside the Qutub Minar building which is up to the height of the entire building.
Talking about the history of Qutub Minar, this inscription minaret has inscriptions in Arabic and Nagari script. Who give information about its important history?
When Qutub Minar was badly damaged after the earthquake under the rule of Feroz Shah Tughlaq, it was repaired by Feroz Shah. But after this, its tower suffered due to an earthquake again in 1505, which was repaired by Alexander Lodi.
The original name of the Qutub Minar is said to be Vishnu Pillar in the old Dastavas, along with one of the Navratnas of its emperor Chandragupta Vikramaditya.

What Is The Best Time To Visit Qutub Minar 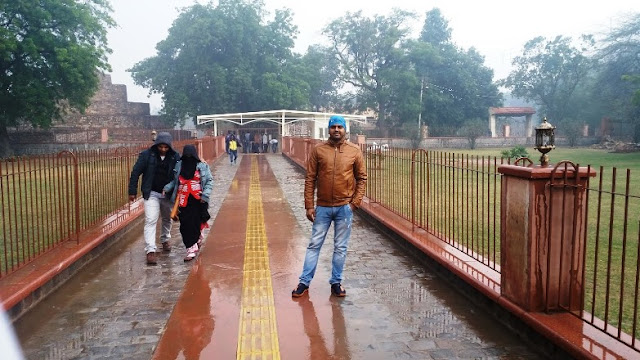 Qutub Minar is a very beautiful place (Khubsurat Place), it is a place where you can go at any time of the year. You are allowed to go here from 6:30 in the morning to 6:30 in the evening. By the way, you can visit Qutub Minar in any season but Delhi is very hot in summer. So do not go here in summer.

How To Reach Qutub Minar 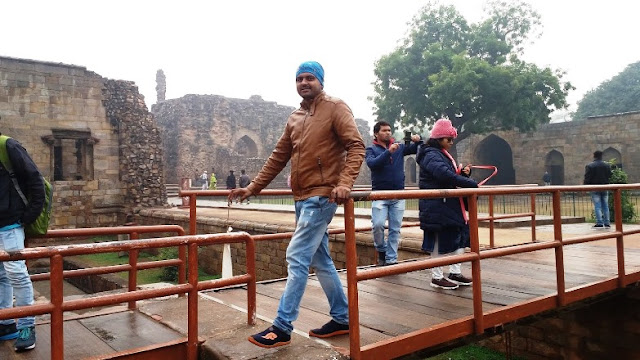 The nearest metro station to visit here is the Qutub Minar Metro. Almost all the buses going to Mehrauli go through Qutub Minar as the Mehrauli bus stand is located near Qutub Minar Mosque. You can also take an auto-rickshaw from there and also book OLA and UBER cabs.

Qutub Minar at a Glance 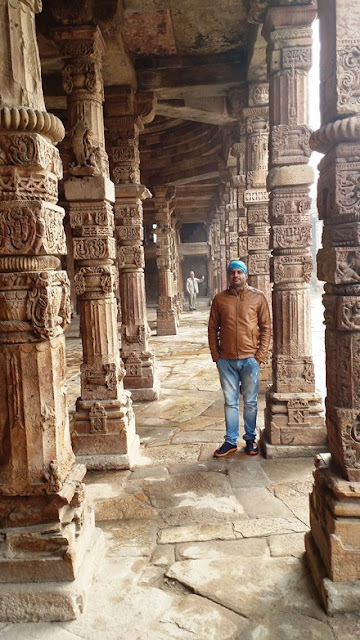 Soon after the defeat of the last Hindu ruler of Delhi, it was built as a 73-meter-high Vijay Minar in 1193 by Qutubuddin Aibak. This building has five floors. Each floor has a balcony and its base is 15 m. Is of a diameter which gradually decreases to 2.5 meters diameter at the top and the first three storeys are made of red sandstone and the fourth and fifth floors are made of marble and sandstone. Adjacent to the tower is India's first Quatul-Islam mosque. It is built from the ruins of 27 Hindu temples by its ruins. “There is a 7-meter high pillar of iron in the courtyard of the mosque. Which has not rusted yet? It is the wish of the people that if you put a back behind it and besiege it, whatever your wish. It will be completed.
The construction of Qutub Minar is controversial. Some believe that it is seen as the beginning of Muslim rule in India as a tower of victory. Some believe that it was created to offer Aazaan to the Muazzin.
However, almost everyone has an opinion about this, that this tower is the finest monument not only in India but in the world. The first Muslim ruler of Delhi, Qutubuddin Aibak, started its construction work in 1200 AD, but he was able to complete only its base. His successor Altamash built three floors of it and in 1368 the fifth and final floor was built by Ferozeshah Tughlaq. 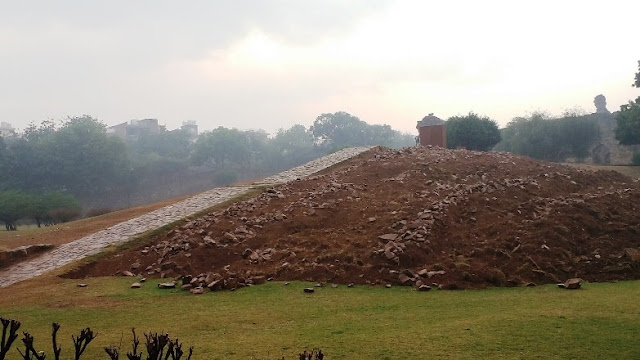 The development of architectural style from Aibak to Tughlaq period is visible in this tower. There is also a difference between the construction material used and the maintenance material. The base of 238 feet Qutub Minar is 17 feet and its top is 9 feet. The tower is decorated with inscriptions and has four balconies. In which elaborate brackets have been made. The Quvvat-e-Islam (Noor of Islam) mosque is also considered a grand mosque of the world even in the ruins of the Qutb complex. Qutubuddin-Aibak started construction in 1193 and the mosque was completed in 1197.
In the year 1230 Altamash and in 1315 Alauddin Khilji expanded this building. The inner and outer walls of this mosque are in the pillar ranges. Grand pillars are installed around the inner furnished lats. Most of these lots are made from the remains of 27 Hindu temples. They were looted for the construction of the mosque, so it is not a matter of conduct that this mosque is traditionally a form of Hindu architecture. Adjacent to the mosque is an astonishing archaic iron pillar of Delhi. 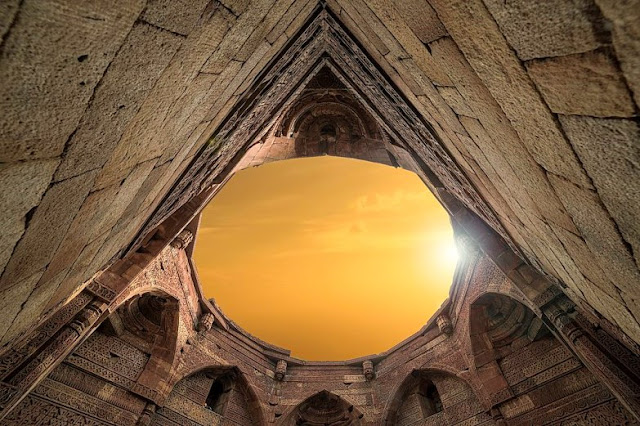 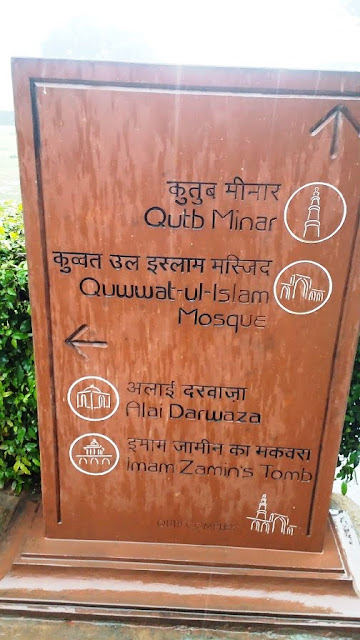 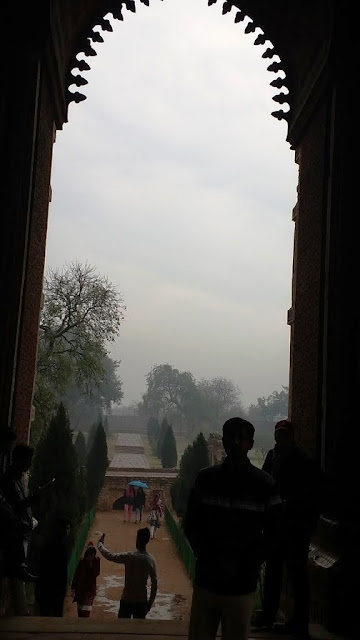 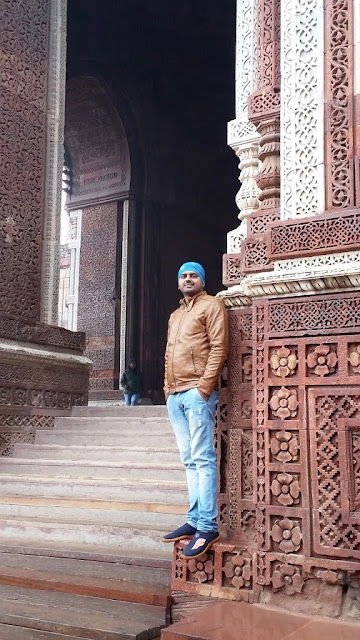 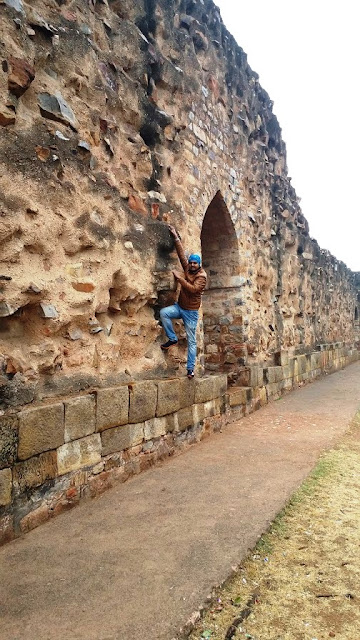 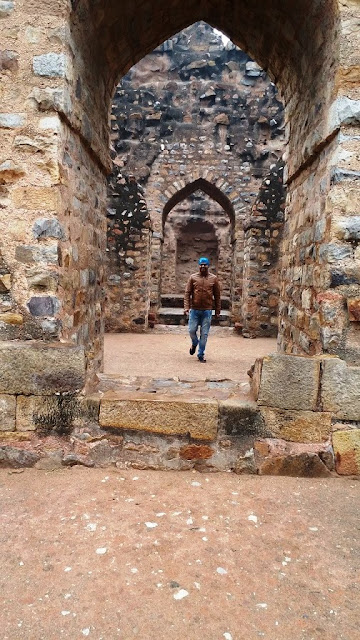 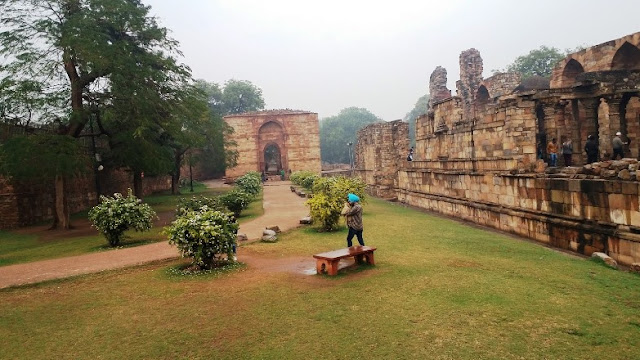 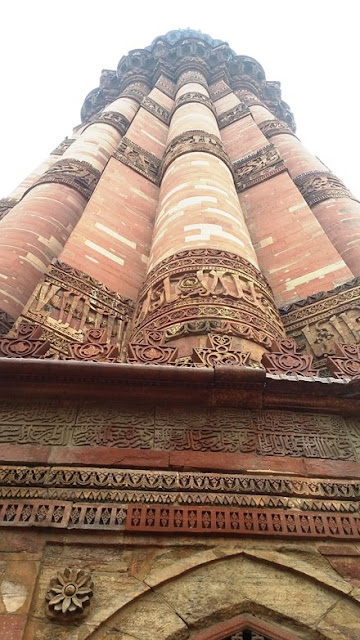 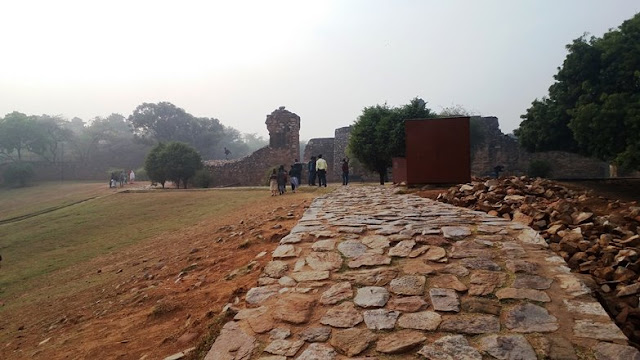 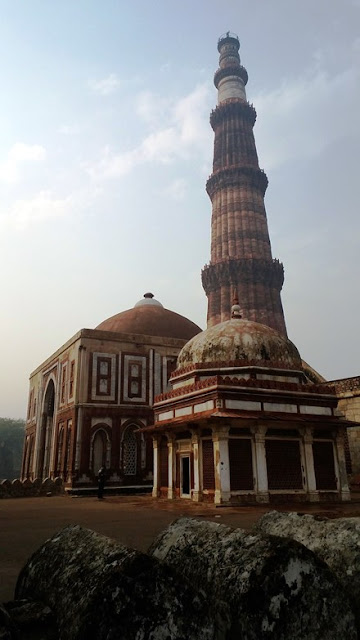 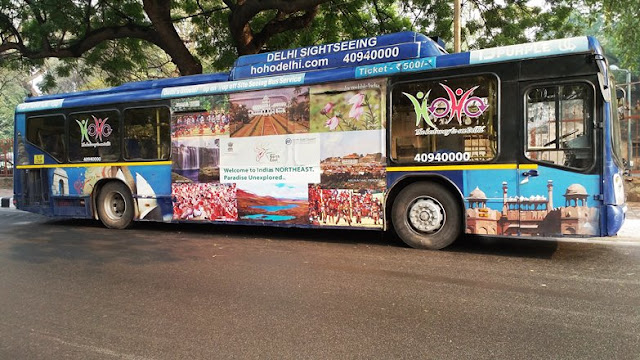