National War Memorial (India)
The National War Memorial is a memorial built by the Government of India to honor its armed forces in the vicinity of the Gate of New Delhi. Prime Minister of India Narendra Modi dedicated the National War Memorial to the nation on 25 February 2019. It is spread over an area of   44 acres near India Gate.
The memorial is built around an existing umbrella (canopy) near India Gate. The memorial wall conforms to the ground and conforms to the existing aesthetics. In 1947-48, 1961 (Go), 1962 (China), 1965, 1971, 1987 (Siachen), 1987-88 (Sri Lanka), 1999 (Kargil), and other matters like war guards 25,942 Indian soldiers of martyred freedom fighters The names are written on the stones here.

The main building of the National War Memorial is YBesh Chandrahasan of VB Design Reliance, Chennai. The web design board was chosen to coordinate the concept of architectural craft design and the construction of the project.
A global design competition was held for this and the result was announced in early April 2001 and the proposal of Chennai-based architect, VB Design Lab, was declared the winner for the National War Memorial.

There is a National War Memorial in the area near India Gate in New Delhi, which speaks of the honor of its armed forces. You all know that during Indira Gandhi's tenure, Amar Jyoti was lit near India Gate to pay tribute to the martyred soldiers, who keep burning for 24 hours, and now this memorial has been built near India Gate in honor of those martyrs. It is inaugurated by the Prime Minister of the country, Narendra Modi in February 2019.

In the year 1960:
The first thing about the National War Memorial started in 1960, when the armed forces of our country requested the government to build a memorial to remember the soldiers who were martyred in the war. Was abandoned. However, the project was not taken seriously during this period.

In the year 2006:
Then in the year 2006, after constant demand, the UPA government formed a committee under the chairmanship of Pranab Mukherjee to consider and examine the demands of the armed forces. In 2006, the Ministry of Defense decided that a war memorial should be established near India Gate. But the Ministry of Urban Development rejected it as an area of   heritage.

In the year 2012:
On completion of 50 years of the soldiers killed during the war in October 2012 in 1962, the UPA Government accepted the long standing demand of the Indian Armed Forces and allowed the construction of the National War Memorial. Approved. Approved. However, this decision was strongly opposed even at that time.

In the year 2015:
Narendra Modi's term started after the 2014 Lok Sabha elections. He allowed the construction of a memorial and museum near India Gate in 2015, and also honored the sacrifice of soldiers who were martyred during several scenes.

In the year 2016:
This year for the design of this memorial and war museum, a worldwide competition was organized, which was launched through the portal MyGov.in.

In the year 2017:
The result of this competition came in the year 2017. In which SP Plus of a studio in Mumbai won the design for this war collection, while the design of Chennai-based Web Design School was declared the winner. War Memorial. After the design was finalized, construction began the same year.


In 2018, the monument was to be inaugurated, but its construction was not completed by then. Its construction work was completed in January 2019, but the work of the War Museum is still not completed. Nevertheless, the inauguration ceremony of this memorial was held on 25 February 2019, in which it was inaugurated by Prime Minister Narendra Modi. Defense Minister Nirmala Sitharaman and the Chiefs of Air Force, Navy and Army were also present at the function. During the ceremony, Modi met family members for Paramveer Chakraborty, the highest Hamuri Award national award in India. 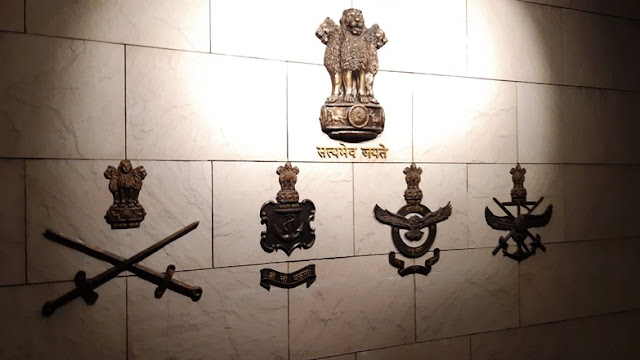 This memorial near India Gate, also known as the All India War Memorial, pays tribute to the soldiers killed in the 1962 Indo-China war, the 1947 Indo-Pakistan war and the 1999 Kargil conflict, And sacrificed his life in India's peace campaign in Sri Lanka.
A memorial pillar has been built in this memorial, in which eternal light is burning. This Jyoti will come to light in the same way as the Amar Jawan Jyoti is being lit near India Gate since 1971, i.e., this Anant Jyoti will continue to burn for 24 hours. Which shows that the sacrifices of soldiers will always be remembered by the citizens of India.

The height of this memorial pillar is 15.5 meters, which is displayed remotely before entering the circle of the monument.
This memorial is built in 4 circles like the ancient Indian war 'Chakravyu' structure, these four chakras reflect different values of the armed forces. Its first cycle is called the Amar Chakra.
It has been made a second enclosure, which is called the circle of valor. It is made with 6 bronze frescoes with various bronze actions. Each mural weighs between 600 and 1000 kg. It can also be said that information about 6 important wars of India has been given in this cycle.
Subsequently, the third chakra renunciation cycle is built, which is made up of 16 such 2 meter high walls of fully granulated bricks. The names of all the soldiers martyred since independence are written in each brick. Presently there are 25,942 martyrs' names in these walls. However, more names can also be added to it.
After this, the last chakra is created, the Raksha Chakra, which surrounds these three chakras. More than 600 trees have been planted in this cycle. Which are displayed like a wall. These tree walls represent the soldiers guarding the country. 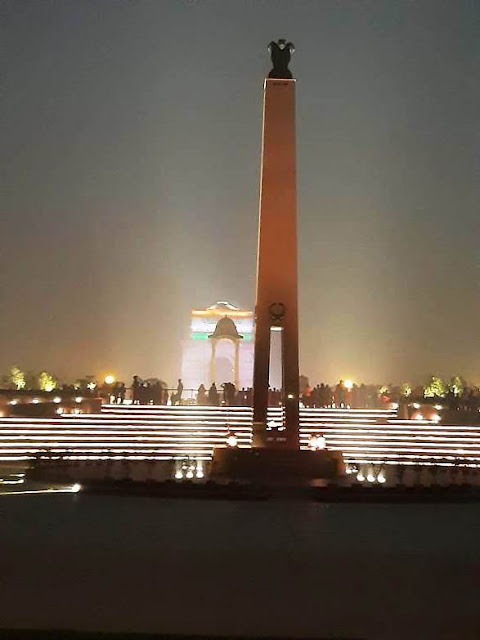 The most historic monuments of India are India Gate, which is located in the very center of the country's capital. Its construction was started in 1921 by British soldier Edwin Lutyens. The foundation of which was laid on 10 February 1921. It was built by the British to pay tribute to the 82,000 Indian soldiers who fought for the British Empire in World War I and the Third Anglo-Afghan War. The construction of India Gate was completed in 10 years, and was inaugurated on 12 February 1931. 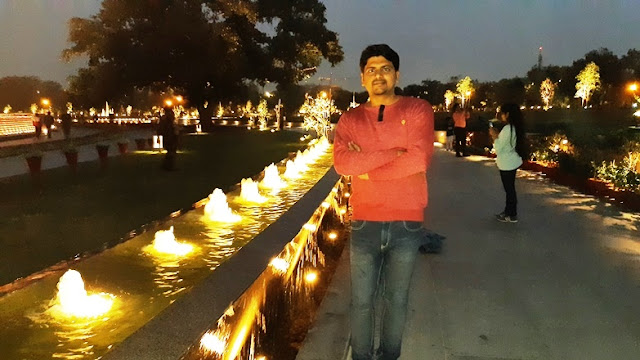 Here, along with Murli Chitra, the names of the martyrs have also been placed idols of the martyrs who got the Param Vir Chakra.
Artificial lighting has been done around this historical monument, it is displayed amazingly during the night. It also has a working plaza.
People do not have to pay any fee to see this National War Memorial. It is completely free.
The war memorial is open every day of the week, you can visit any day. It is open seven days a week. Its opening time is from 9 am to 7:30 pm in the month of March to October. It is open from 9 am to 6:30 pm between November and March.
A war museum is also being built in a Princess Park area near this monument. This war museum will be connected to the National War Memorial by a metro. This war memorial and war museum together cost a total of Rs 500 crore. 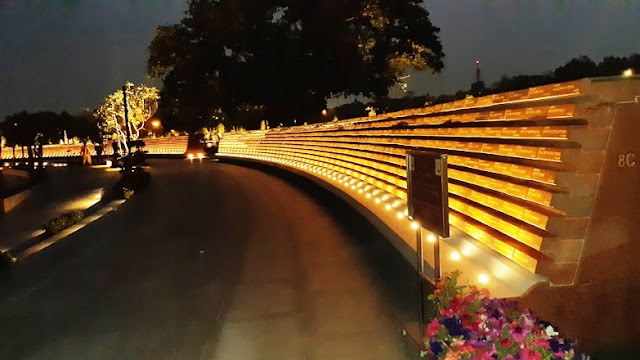 The competition organized for the design of this monument and museum received a total of 427 presentations for the war memorial, while 268 presentations were made for the war museum.
Every evening at this memorial, it is decided to salute all the martyrs along with the military band, which is called the Retreat Ceremony. Also on the last day of the week i.e. The Change of Guard ceremony is also shown on Sundays.


It is the most famous war memorial in India, and was also built in memory of the martyred soldiers. Which is a very historical tourist place of Delhi.


Another famous tourist place is Rashtrapati Bhavan, which is 2 km from India Gate. Here you can also travel inside buildings with special permits.

Rajpath was initially known as Kingsway, it is the formal main road between India Gate and Rashtrapati Bhavan. The Republic Day Parade is organized on this route.


This tomb was built by Beya Begum, wife of the Mughal ruler Humayun. Which has been called a UNESCO World Heritage Site and Monument.


Maharaja Agrasen's Baoli is also another tourist destination located near this monument, which has become popular after being a part of many Bollywood films. There are many rough stories about its origin and powers, which can be verified only by going here. 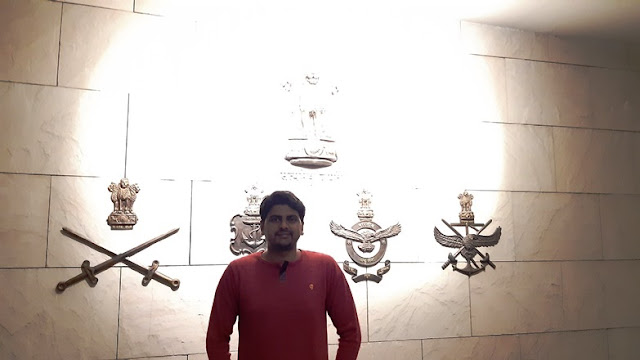 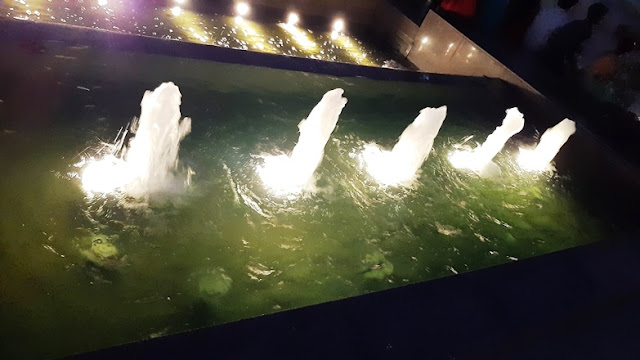 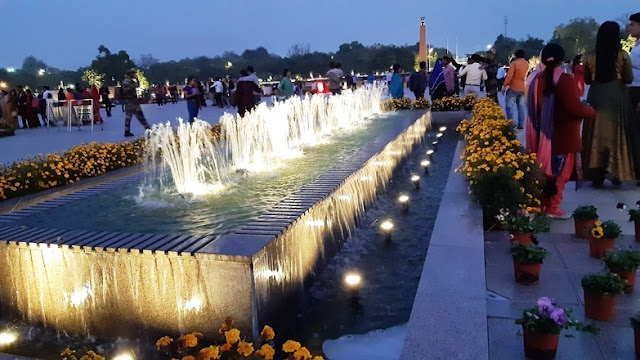 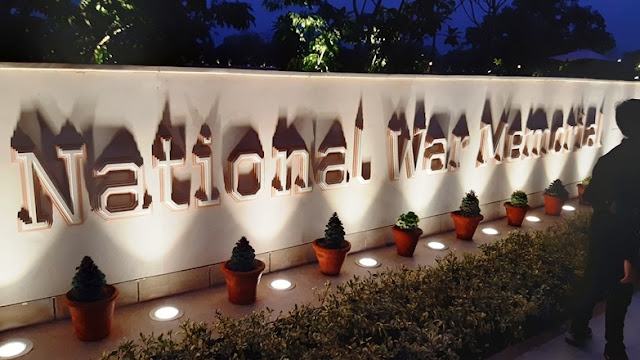 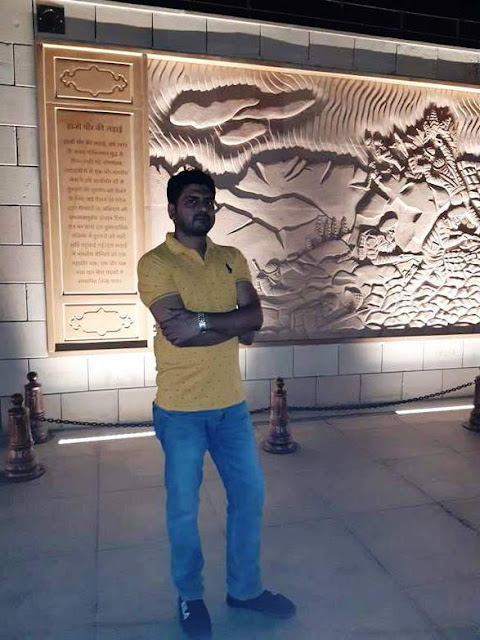 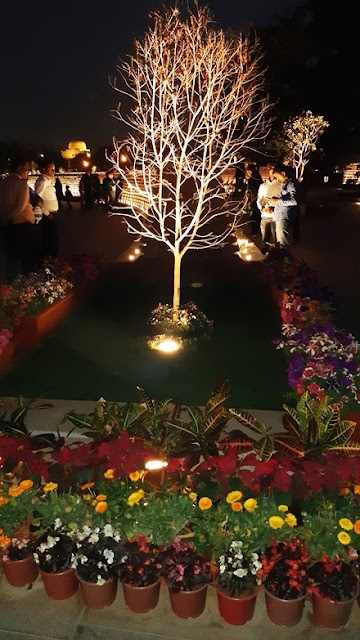 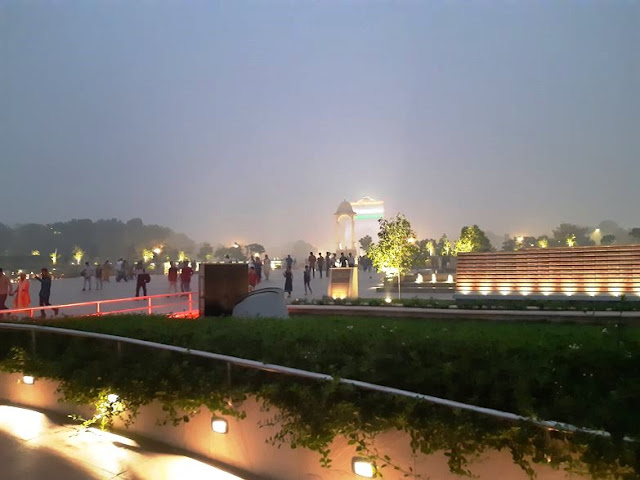