Maha Shivaratri: Preparations for the Maha Shivaratri festival on 21 February has intensified. After almost 117 years on Mahashivaratri, a special yoga is being formed, which is special for spiritual practice. This yoga is Shash Yoga. Five schemes will also be redeveloped on this day. Saturn and Moon will live in Capricorn, Guru Dhanu, Mercury and Venus in Pisces. Earlier the situation of schemes and such totals was in the year 1961. There is also a law to donate during this period.
Maha Shivaratri is a major festival of Hindus. It is the main festival of Lord Shiva.
Shivratri 2020 festival is celebrated on Phalgun Krishna Chaturdashi. It is believed that the universe started on this day. According to mythology, the construction of this day began with the rise of Agnilinga (which is the giant form of Mahadev). Mahashivaratri is considered to be the most important of the 12 Shivaratris in the year and the holy festival of Mahashivaratri is celebrated with great enthusiasm all over the world including India.

Amandar was sure to be born from the churning of the sea, but with it a poison called Hallahal was also produced. Hallahal venom had the potential to destroy the universe and therefore only Lord Shiva could destroy it. Lord Shiva kept the poison named Hallahal in his throat. The venom was so powerful that Lord Shiva was suffering from great pain and his throat became very blue. For this reason, Lord Shiva is famous as 'Neelkanth'. For the treatment, doctors advised Lord Shiva to stay awake all night. Thus, a vigil was kept in the contemplation of Lord Shiva. To enjoy and awaken Shiva, the gods played different dances and music. Pleased with their devotion, it happened, Lord Shiva blessed them all. Shivaratri is the celebration of this event, from which Shiva saved the world. Since then on this day, devotees fast

Once Parvati Ji asked Lord Shiva Shankar, 'What is the best and simple worship, so that the creatures of the dead land can easily receive your grace?' In reply, Shivji told this story by telling Parvati to observe the fast of 'Shivaratri' - 'Once there was a hunter named Chitrabhanu. He raised his family by killing animals. He was indebted to a moneylender, but his debt was not paid on time. The angry moneylender captives the hunter in Shivamath. Coincidentally it was Shivaratri that day. '
The hunter kept listening and meditated religious things related to Lord Shiva. He also heard the story of Shivaratri fast on Chaturdashi. Just before dusk, the moneylender called him to him and asked to repay the loan. The next day the hunter left the bond, promising to pay back the loan. Like her routine, she went out hunting in the forest. But she was distraught with hunger and thirst due to being in captivity all day. To hunt, he began making a halt on a vine tree by the side of a pond. Under the vine tree was the Shivalinga which was covered with villas. Hunter could not find the person.
While making a halt the police force broke down while falling on the Shivling. In this way, fasting and thirsty hunters also fasted all day and Bel-Patra also climbed the Shivling. At one o'clock in the night, a shepherd deer reached the pond to drink water. As soon as the hunter shot arrow to arrow, the deer said, 'I am a northerner. I am suffering soon. You will kill two creatures simultaneously, which is not right. I will give birth to a child and will appear before you soon, then kill. The hunter became lethargic and the antelope disappeared into the wild bushes.
After a while, another antelope emerged from there. The hunter was on the moon. On approaching, he shot an arrow. Seeing him the deer pleaded politely, 'Oh my God! I retired from the season some time ago. I am wandering in search of my beloved. I will meet your husband and the fire will come to you. ‘The hunter let him go as well. After losing the victim twice, every forehead was taken she became worried. The last hour of the night had passed. Only one other antelope fled with her children. This was a golden opportunity for hunters. He did not delay at all in throwing arrows at the bow. He was about to release the arrow that the antelope said, O Pardhi! I will return these children to their father. At this time, the hunter laughingly said, leave the hunt in front, I am not such a fool. I have lost my prey twice before. My children suffer from hunger and thirst. In response, the deer again said, I too like the affection of your children, just like me. Therefore, in the name of children, I have been demanding life for a while. Hey Pardhi! Trust me, I promise them to leave their father and come back immediately.
Hearing the deer's low voice, the hunter took pity on him. He let that chicken escape too. The hunter sitting on the vine tree was disturbed when the victim was not found, then he was throwing the bell-sheet from the tree and throwing it down. When it was morning, a strong deer came on the same path. The hunter thought that he would definitely hunt it. As soon as he saw the trunk of the hunter, he said loudly, listen, brother,! If you have killed the three deer and young children that come before me, do not delay in killing me too, so that I do not have to suffer a single moment in their disconnection. I am the husband of those deer. If you gave them life, please give me some life too. I will meet you and appear before you.
As soon as he heard the deer, the whole night's cycle happened to the hunter, he told the whole story to the deer. Then the deer said, 'Just as my three wives have gone as promised, I will not be able to follow my religion with my death. So, as you have left him as a confidant, let me go too. I will soon appear before you with all of them. The predatory heart of the hunter was purified by fasting, night-awakening and climbing the bell-sheet on the Shivling. Bhagavad power was among them. The bow and arrow were easily removed from his hand. Due to the compassion of Lord Shiva, his violent heart filled with compassion. Remembering his past deeds, he started burning in a flame of repentance.

After some time, the antelope appeared in front of the family hunter to hunt them, but the hunter was very sorry to see such veracity, sattvikta and collective love of wild animals. Tears were dripping from his eyes. By not killing that antelope family, the hunter removed his hard heart from living violence and made him forever soft and kind. All Dev Samaj of Devlok were also watching this event. The gods and deities made flowers as soon as the event was over. Then the hunter and deer family attained salvation’

Central India
There are a large number of Shiva followers in central India. Mahakaleshwar Temple, (Ujjain) is the most revered temple of Lord Shiva where a large congregation of Shiva devotees comes to worship every year on the day of Maha Shivaratri. The festival is celebrated with a big religious celebration at Jaunra, the Math Temple at Seoni and two other places called Tilwara Ghat in Jabalpur. In Shivratri 2020 Millions of people visit Bandakpur Dham in Damoh district on this day.

Kashmir
Shivaratri is very popular in Kashmiri Brahmins, they celebrate nicely. It is celebrated in every house as the marriage of Shiva and Parvati. It starts 3-4 days before the festival of Mahashivaratri and continues for two days thereafter.

Shivratri in Bangladesh
Hindus in Bangladesh celebrate Mahashivaratri. They fast in the hope of receiving the divine blessings of Lord Shiva. Many Bangladeshi Hindus visit Chandranath Dham (Chittagong) on this special day. In Bangladesh, people worship Shivaratri very pompously, it is to be believed that by worshiping on this day, man/woman gets a good wife/husband. Because of this, this festival is very famous here.

Mahashivaratri in Nepal Pashupati Nath
Mahashivaratri is widely celebrated in Nepal and especially in the Pashupati Nath temple. On the occasion of Maha Shivaratri, the Pashupatinath temple in Kathmandu is visited by devotees. On this occasion, devotees from various places of the world including Jogi and India visit this temple.
Maha Shivaratri will be celebrated on this day, it is an auspicious time of worship.
Mahashivaratri will start from 5.20 pm on 21 February, the next day i.e. 22 February on Saturday. The night worship will be from 7 to 41 in the evening and from 12 to 52 in the evening. The next day, Lord Shiva will be worshiped in temples in the morning. Let us tell you that Shivaratri which falls on the Chaturdashi of Krishna Paksha every month is called Shivaratri. But Shivaratri, which falls on the Krishna Chaturdashi of Falgun month is called Mahashivaratri. Shivaratri is a very huge festival. 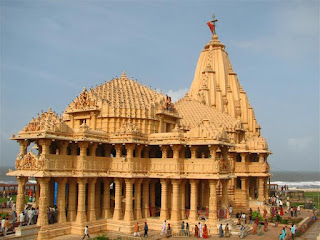 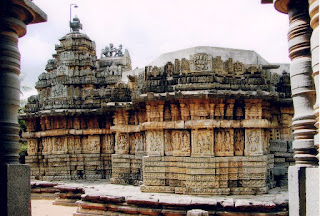 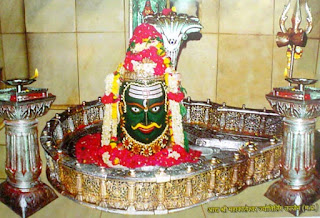 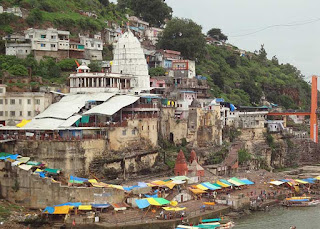 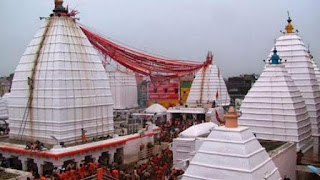 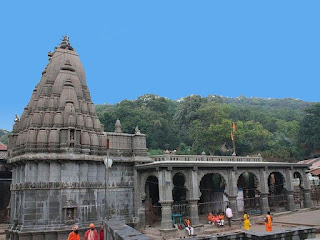 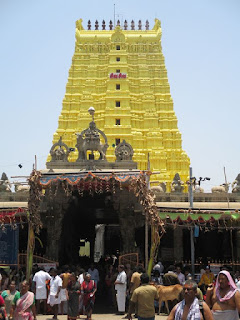 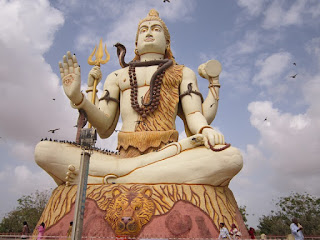 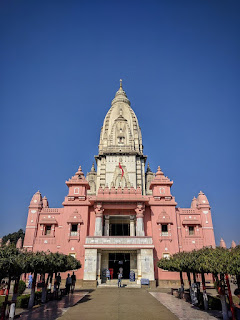 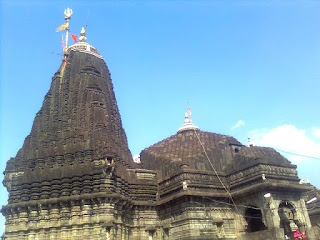 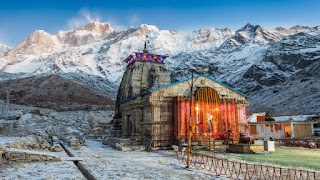 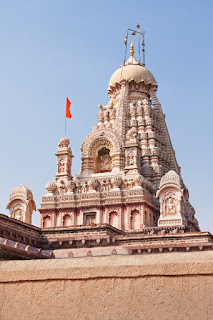 The Devalok Mandir is very ancient, it is located in Bhelahi village of Raxaul block in East Champaran district of Bihar state, India.  It was built in 2008. It is on the border adjacent to the country of Nepal, from here the distance of Nepal is about 2 kilometers. Here, the festival of Shivaratri is celebrated with great joy. The foundation of the construction of this temple was laid by Kapil Dev Prasad Patel (Bhuvan Patel) JD (U.) District President, in which the people of the entire village are supported. 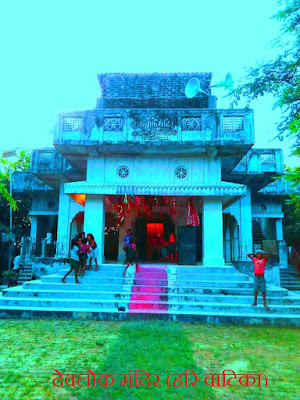 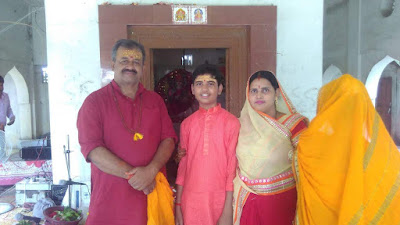 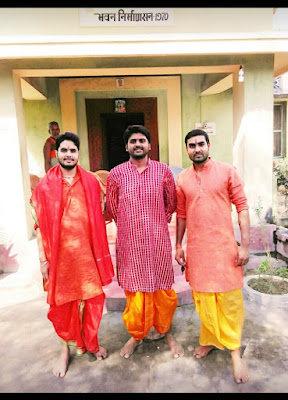 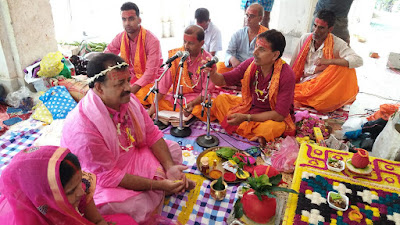 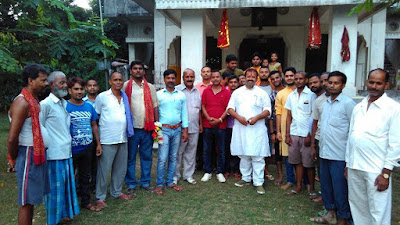 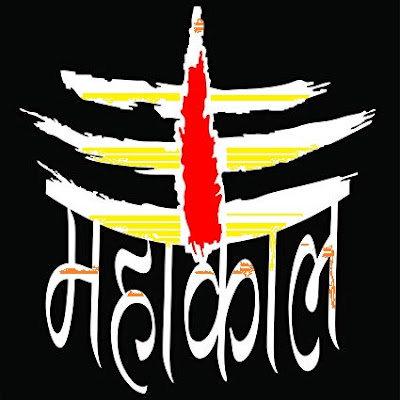