Bhangarh Fort: A Haunt of Ghosts 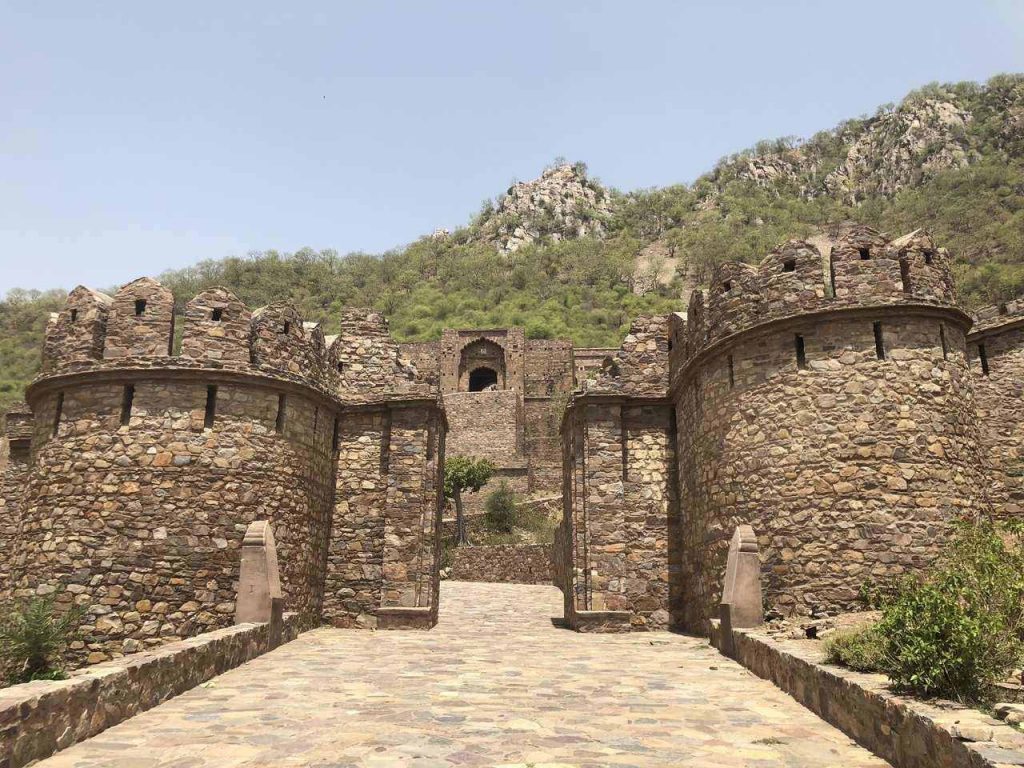 Bhangarh: A Ghostly or Architectural Art Form?
A Stronghold of India That There are Many Secrets Cursed by Tantric Powers.

The fort of Bhangarh is located in the Alwar district, which falls in Rajasthan. This fort is located at one end of Sariska National Park, between Jaipur and Delhi Road.
The fort of Bhangarh is known for its mysterious events and history of ruins. It is counted among the most feared places in India. Even the archaeology department has issued a warning about not entering the fort after sunrise and sunset. After being built in 1583, the fort of Bhangarh remained inhabited for nearly 300 years. After this he collapsed. There are many stories behind its demolition and numbness, which are narrated by the people here.

The fort of Bhangarh was built in 1583 by Maharaja Bhagwant Das of Amer. The fort was inhabited for nearly 300 years before it was razed. Maharaja Bhagwant Das's junior son was Man Singh, who was among the Navratnas of the Mughal Emperor Akbar. His brother Madho Singh made this fort his residence in 1813. Everyone lived very happily and happily.

What is The Truth of The Stories of Ghosts of Bhangarh Fort? 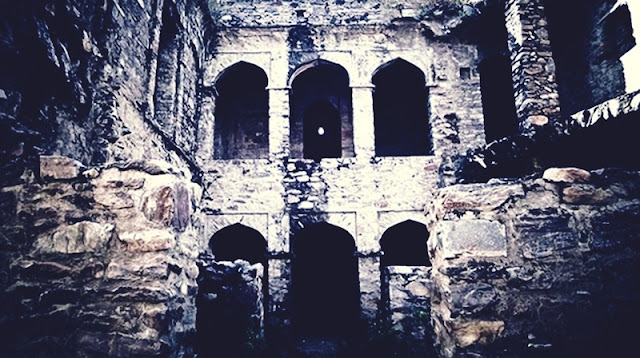 Bhangarh, on hearing the name, bells start ringing in the heart. What is the secret of Bhangarh? Do ghosts really live here or are they just heard? Doesn't it actually come back here at night? Bhangarh is in the Alwar district of Rajasthan, a large number of people come to roam here but go back before nightfall. People around say that the voice of Payal is heard here and there is an echo of thongs. Bhangarh Fort was built around the 15th or 16th centuries. Many stories are heard about this fort.

TWO STORIES ABOUT SUCH A FRIGHTENING DESOLATION OF BHANGARH ARE VERY FAMOUS:

First Recognition:
The story of the curse given by Yogi Balu Nath
According to the first story, the place where the fort of Bhangarh was built was the austerity site of Yogi Balunath. He allowed Maharaja Bhagwant Das to build the Bhangarh Fort with the promise that the shadow of the fort should not fall on his taposthali at any cost.
Maharaja Bhagwant Das kept his promise, but his descendants Madho Singh deferred the promise and started building the upper storeys of the fort. Due to the construction of the upper floors, the fort of Bhangarh fell on the penance of Yogi Balunath.
When this happened, Tantric Balunath cursed with anger that this fort and all the people here would be ruined.

Second Recognition:
The story of the PRINCESS RATNAVATI and the tantric SINDHU SEVADA.

According to beliefs, Princess Ratnavati of Bhangarh was very beautiful and kind. Her form was discussed throughout Bhangarh and many princes were willing to marry her.
A tantric named Sindhu Sevada lived in the same state.

He was perfect in black magic. Seeing Princess Ratnavati, he (Samohit) became enamored of her. He wanted to get the princess under any circumstances.
One day Princess Ratnavati went to visit the market with her tens and took a fragrant oil. Then Tantric Sindhu Sevada sent the Tantric powers to Ratnavati using the mantras on that oil. Her plan was that due to the influence of the Vashikaran System, Princess Ratnavati would be drawn towards her.
But Princess Ratnavati soon understood the trick of the tantric and dropped that oil on a rock so that her captivating effect would not fall on them. Under the influence of tantra lore, that rock started moving towards Tantric Sindhu Sevada at a rapid pace. When the tantric saw his death with a rock, he cursed that Bhangarh would be completely ruined. Residents, there will die soon and their souls will always wander in Bhangarh. He then died under a rock.
A few days after this incident, there was war in Bhangarh and Ajab Garh and Bhangarh was defeated in that war. After the war, Bhangarh was destroyed. The people living there were killed, even Princess Ratnavati could not survive. Bhangarh could never settle after that.


How to Reach Bhangarh Fort
The fort of Bhangarh is located in the middle of the Jaipur-Delhi route. 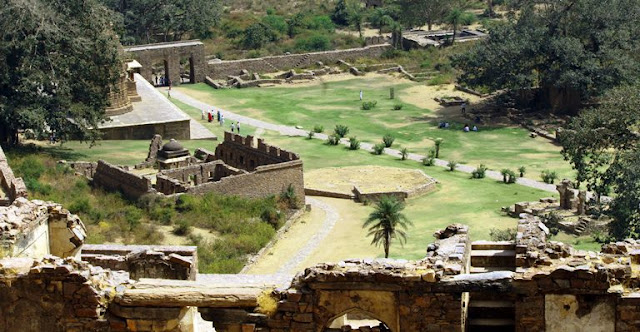 1. By Air - If we talk about the air route, then the nearest airport is Sanganer Airport in Jaipur, from which the distance of Bhangarh is 58 km. is. A bus or cab can be taken from the airport to Bhangarh. Bhangarh (about 282 km) can also be taken from Delhi Airport by cab and bus.

2. By Rail - If you want to travel by train, then 22 km from nearest railway station Bhangarh. Located at a distance of Dausa Railway Station. A bus or cab can be taken from the railway station to Bhangarh.

3. By Road - Bhangarh is connected to all major cities of Rajasthan by road and a taxi or public transport bus can be used to reach there. From Delhi, Uber and Ola cabs are also easily accessible. 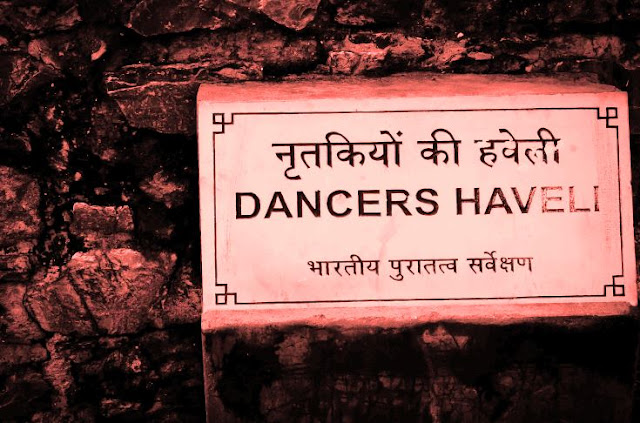 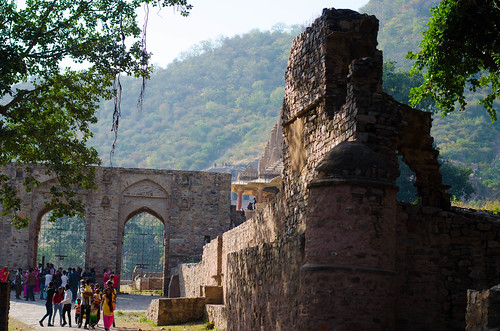 Bhangarh Fort is located in the Alwar district of Rajasthan. Gola village is situated near this fort. The fort of Bhangarh is situated at the bottom of the hills in a sloping area, which looks very terrible to see. This fort is more talked about because of its ghostly anecdote than its texture. The ruins of Raja's palace at Bhangarh Fort lie on the lower slopes of the hills. The fortified area of this fort is surrounded by trees and falls in a natural stream pond within the palace complex. The whole view here is very beautiful.

Let me tell you that due to ghostly experiences and fear of incidents in the fort's premises, now the villages have become far away from this fort. People of that village call this fort a ghostly fort and are afraid to go alone in this fort. Everyone is afraid of what is within the fort of Bhangarh and there should be no untoward incident with them.

There Is a Lot of Places to Visit in Bhangarh

Bhangarh has many scenic spots, among which Temples are prominent. The carving of the walls and pillars of the temples located here is excellent, which makes them grand.


The entire Bhangarh has turned into ruins. But the temples here are safe. However, there are no idols in the temples except the Shivalinga installed in the temple of Someshwar Mahadev. It is said that in this temple only Tantric Sindhu worship the descendants of Sevada.
Explain that due to ghostly anecdotes of Bhangarh, the survey of Indian people or ASI has barred locals and tourists from entering the fort at night. This fort is completely ruined now and after seeing it, only terrible and negative thoughts come to everyone's mind. Many tourists have confirmed extraordinary incidents in this fort.

Can We Go To See the Fort of Bhangarh at Night? 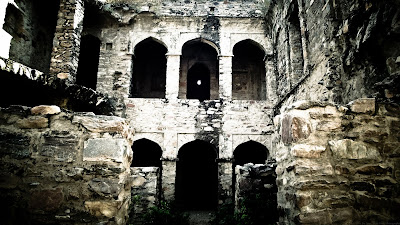 If you are planning to visit the fort of Bhangarh located in the reserve, let us tell you that no one is allowed to enter the fort after sunset or before sunrise. Due to the ghost stories of the fort, no one is allowed to enter this fort at night. The locals near this fort tell of many additional activities that take place here, but it is up to any human being whether he will believe these stories or not.
It is said about the fort of Bhangarh that this fort is occupied by ghosts in the night, spirits roam here at night and many strange voices are also heard here. It is also said about Bhangarh that whoever enters the fort at night does not return in the morning.
A board constituted by the Animal Survey of India has warned tourists visiting here not to enter the complex of dark times.

What is The Best Time to Visit Bhangarh Fort?
If you are planning to visit Bhangarh, then you can go here at any time, but avoid visiting here in the months of April to June. Because in these months the heat is very high. So the time from November to March will be most suitable for you. 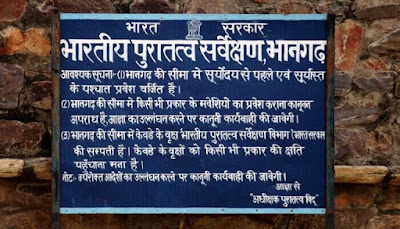 What Is The Truth Of The Stories Of Ghosts Of Bhangarh Fort
Bhangarh, on hearing the name, bells start ringing in the heart. What is the secret of Bhangarh? Do ghosts really live here or are they just heard? Doesn't it actually come back here at night? Bhangarh is in Alwar district of Rajasthan, a large number of people come to roam here but go back before nightfall. People around say that the voice of Payal is heard here and there is an echo of thongs. Bhangarh Fort was built around 15th or 16th century. Many stories are heard about this fort. 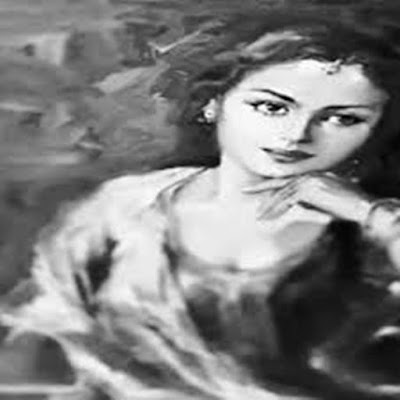 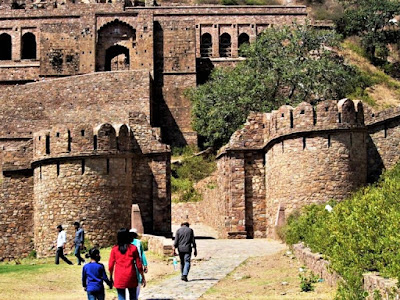 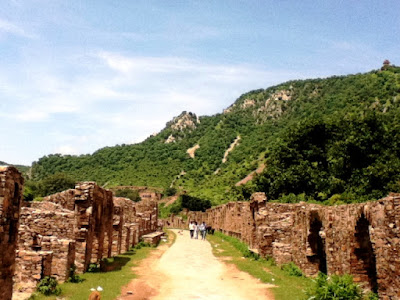 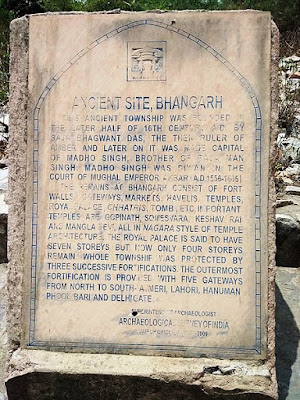 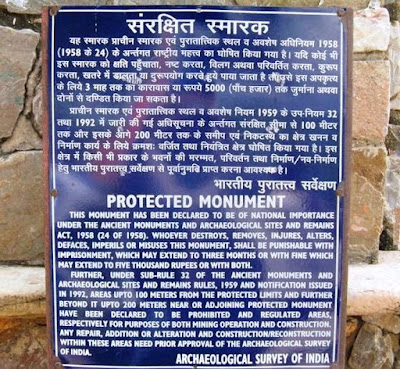 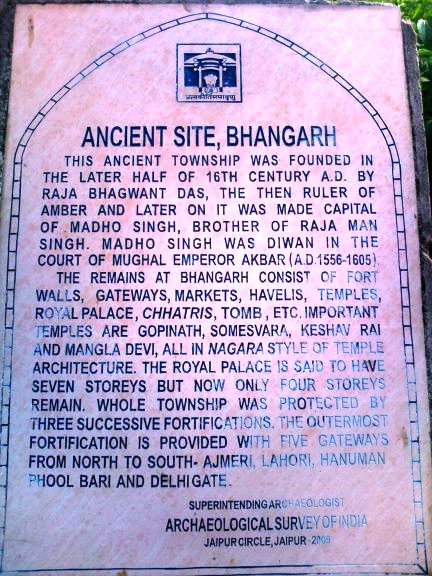