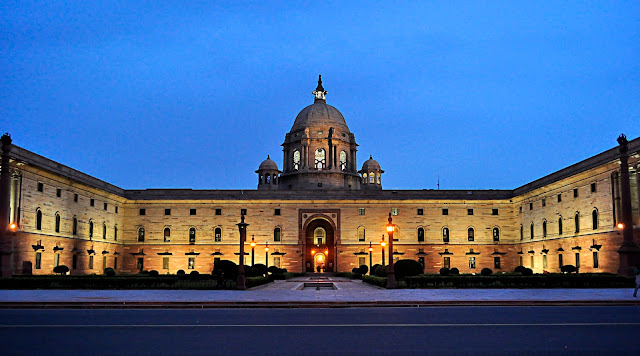 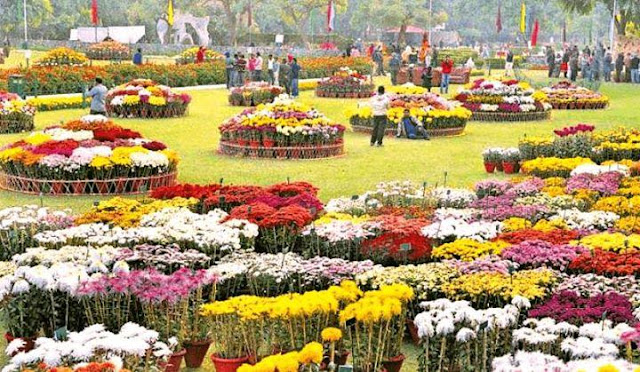 Many foreign tourists are also waiting with tourists from India, waiting for the Mughal Gardens to open, the garden is so beautiful that everyone wants to spend a few moments of relaxation in it. Let us tell you that this garden is opened to the common tourists every year around the 5th or 6th of February and is open till the 10th of the month of March.

Major Attractions In The Mughal Gardens Of Delhi

Let us tell you that the Mughal Garden is divided into several parts including six areas and an area for many activities. Here we are going to tell you about the major attractions of this garden. 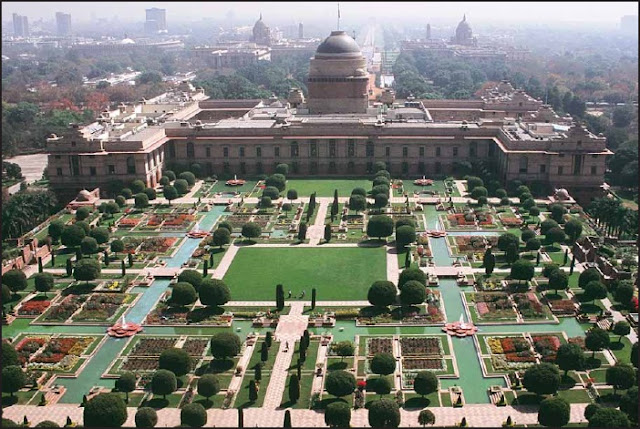 The central lawn of the rectangular garden is used by the President of India for the annual 'At Home' celebrations organized on Republic Day and Independence Day. Explain that this place is not for the general public, in which distinguished guests, celebrities and dignitaries are present. 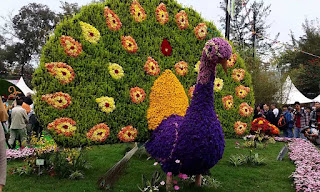 The 12-foot-high walls of the Long Garden are covered with a variety of vines such as the trumpet vine, the lasan vine and the jasmine, which add fragrance to the garden. Orange trees of China can also be seen in this garden. The Long Garden leads to the Circular Garden.

A fountain hidden in a pond in the circular garden is the major center of attraction of this garden. The pond has lotus flowers and is studded with calendula and marigold.

Herbal Garden 2002 in Drs. APJ was founded by Abdul Kalam, which has about 33 medicinal and aromatic plants that are used in these gardens. The Ayush Wellness Clinic (AWC) offers medical, Unani, Siddha and homeopathy treatment facilities for Ayurveda, Yoga, natural healing and medicine.

The spiritual garden includes Sita Ashoka, Khair, Bamboo, Sandalwood, Heena, Butter tree, Temple tree, Kadamb tree, Paras Peepal, Fig, Palm tree, Krishna banyan, Jasmine, Rita and more than 40 different plants and trees can be seen Shami trees are included. The best Sudraksh tree in this garden is called Dr. on 25 October 2007. Devi Singh was planted by Shekhawat. On 13 February 2015, a pond was added to the spiritual pond, which has varieties of lotus and water lilies. 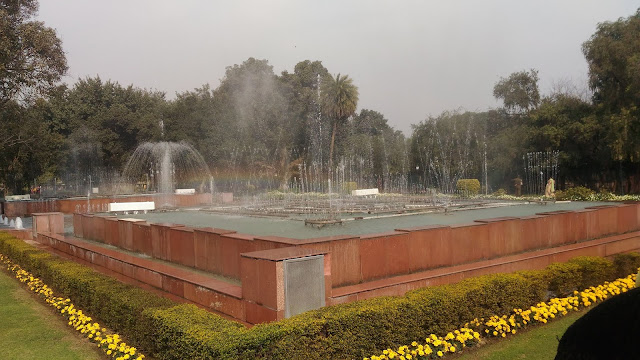 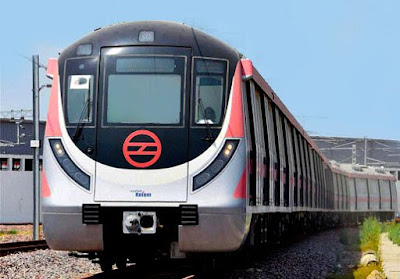 The nearest metro station to reach the Mughal Gardens is the Central Secretariat. From here you can get down to Rail Bhavan and walk to Gate No. 35 of Mughal Gardens.

NO ENTRY FEE IS CHARGED FOR MUGHAL GARDEN.

You can visit from 9 am to 5 pm any day between 6 February to
14 March except Monday and time of Holi.

The best time to visit the Mughal Gardens is between the months of February and March as this garden is opened to the general public during this time. Shortly before the commencement of the voyages and the dates of the times change. We recommend that you check online before arrival.

Before going inside the Mughal Garden, you have to deposit your luggage such as water bottle, bag, and briefcase at the entrance. Therefore, we advise you not to carry any valuables with you. Some things you cannot take with you to the Mughal Gardens.

FOR SECURITY REASONS YOU CANNOT TAKE THINGS UNDER THE ENTRANCE.

Water Bottle
Fast Food or Other Food
Bag and Camera
Radio, Laptop, Mobile
Other Consumer Goods related to these are not allowed to be carried in the Garden premises.

How To Reach Mughal Gardens Delhi 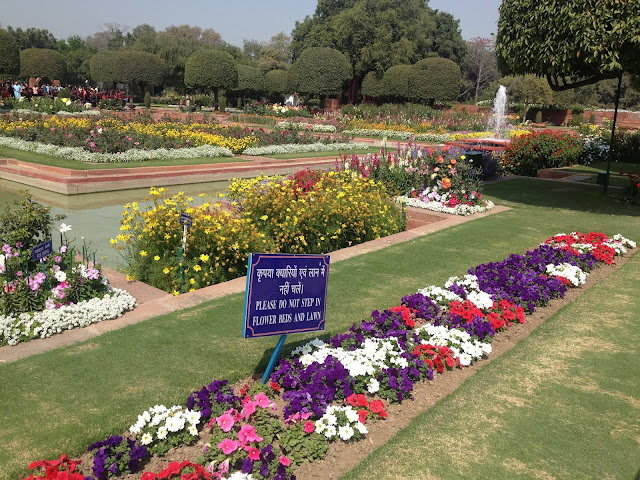 Delhi is a state in India that is connected through metro and state-run buses. The nearest metro station to the Mughal Gardens is the Central Secretariat Metro, which is located on the Yellow Line. The Mughal Garden is about 2 kilometers from the metro. To reach the garden you can hire a local or battery operated rickshaw. If you want a comfortable ride, you can book a taxi.

How To Reach Mughal Gardens By Airplane/Air

How To Reach Mughal Garden Delhi By Road 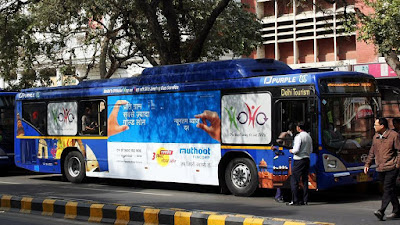 Buses and taxis are available from Delhi city to many states and cities, which go to Chhatarpur area. With the help of taxis and buses you can easily reach the Mughal Gardens.


How To Reach Mughal Garden Delhi By Train 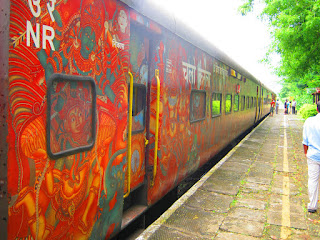 Do you want to know the answer to this related question?
When will Mughal Gardens open in 2020? On which day does the Mughal Garden close? How many days does this garden open? Which is the nearest metro station to get there? Who built this garden?

In this article you will be given the A to Z information of this garden along with the answers to these questions. Please read this article till the end.

The Starting Date Of Mughal Gardens

The door of the Mughal Garden opens to the common people on 5 or 6 February every year. The date of 2020 has not been announced from Rashtrapati Bhavan. As soon as an update comes you will find it on this page.

Where Is The Mughal Garden

The nearest metro station to the Mughal Gardens is named the Central Secretariat. Which is connected to Violet and Yellow line. If you exit the edge of the rail building, you will become closer. 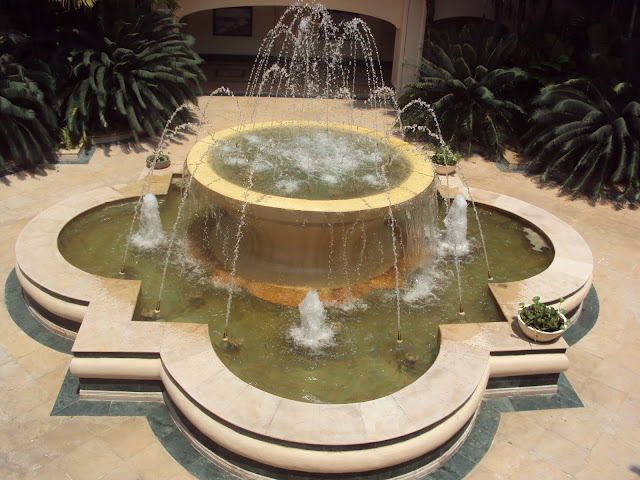 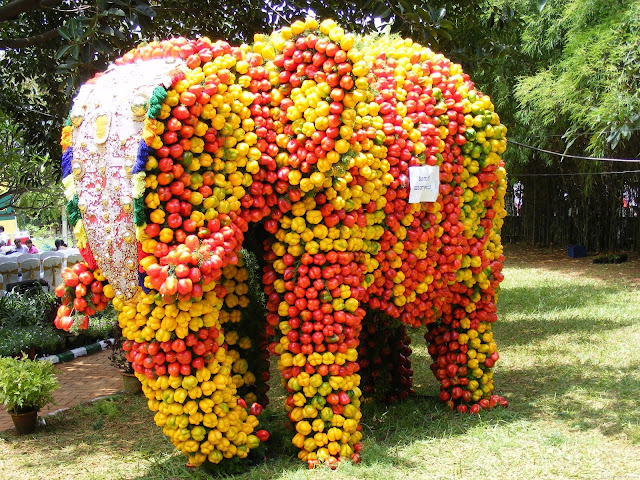 What Facilities Are Available In Mughal Garden Delhi

Who Built The Mughal Garden

Before the independence of India, Rashtrapati Bhavan used to be named Viceroy House. When in 1911 the British decided that the capital of India would now be Delhi instead of Kolkata.

At that time, the great architect, Edwin Landassier Lutyens, was called from England to India to redesign the Viceroy's house.

Construction began in 1912 and was completed in 1929. Visited Nishat Bagh and Shalimar Bagh in Srinagar to build Lutyens Garden.

He liked the way Mughal gardening was used for art work. Even today the artwork and gardening of the Mughals is seen in the Mughal Gardens, which was built by Lutyens. For this reason, it was named Mughal Garden.

First President of India, Dr. Rajendra Prasad ordered The Mughal Gardens open to tourists for a month in the spring Event. Since then, every year from mid-February to mid-March, the door of this garden opens to the general public.

What Is Worth Seeing In The Mughal Gardens

The Mughal Garden behind the Rashtrapati Bhavan is spread over an area of 13 acres. The length of which is 200 meters. While the width is 175 meters. The garden is divided into four parts - quadrilateral shape, tall garden, curtain garden and circular garden.

Are You Fond Of Flowers?

No better garden will be found in India. There is no gardening of so many flowers at any place in India.

There are more than 3000 flowering plants in this garden. There are only 135 types of roses. There are 33 herb plants and 300 bonsai.

If you go, you will not regret it. Looking at the flowers will change your heart. One can visit the Mughal Garden with the whole family. There is no entry fee.

Is There A Parking Arrangement Near The Mughal Gardens

Parking is available near the Mughal Gardens. Tourists come from far and wide to see this park. But it is natural that the number of trains is very high.

If you arrive late, you may find parking far. If you want to reach there from any area of Delhi, then the best option may be for you. 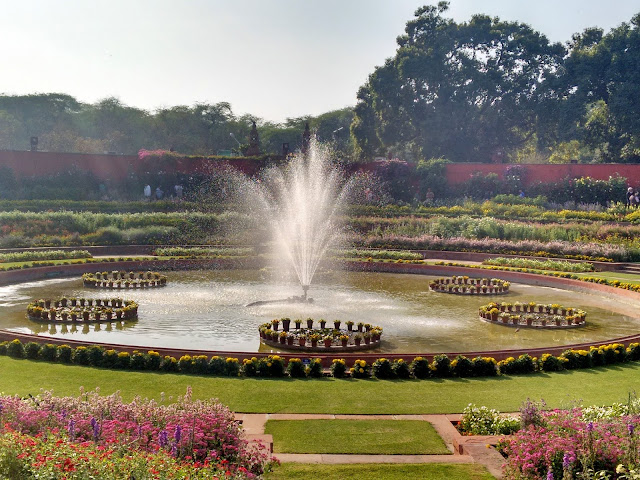 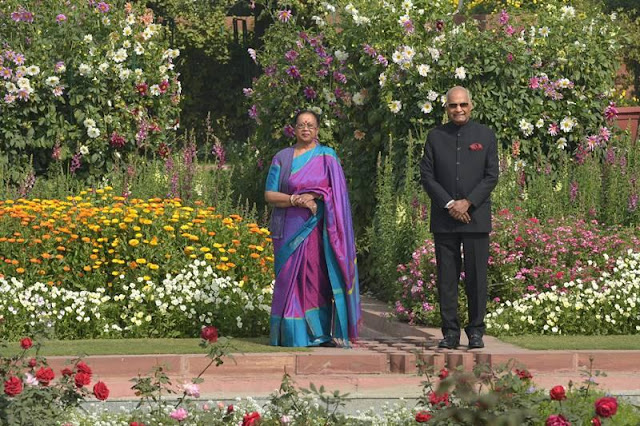